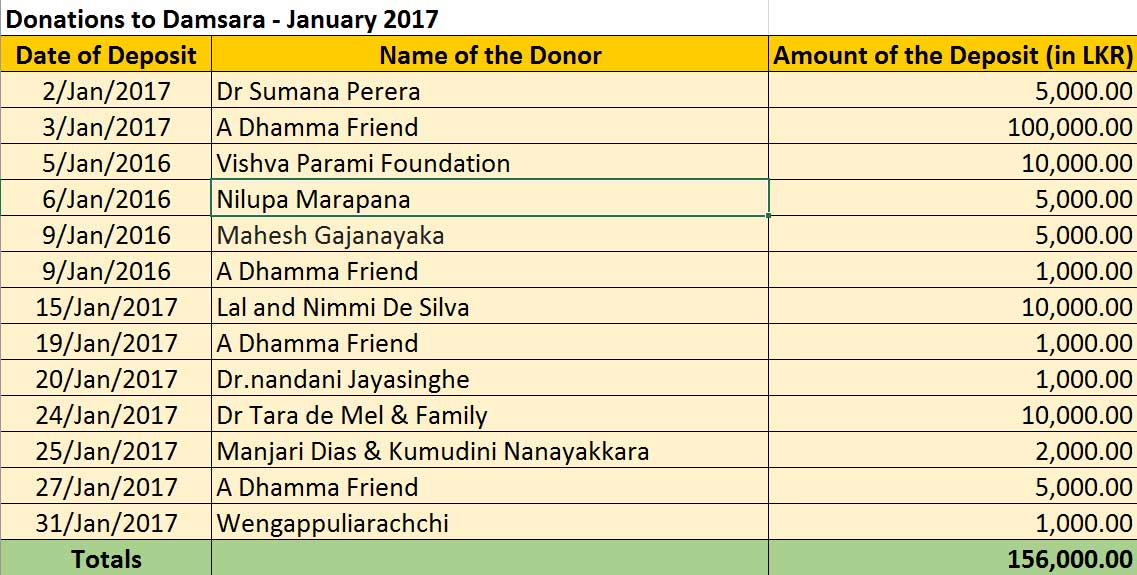 Damsara functions through the donations sent by the Dhamma community. Each month, a group of dedicated friends of Damsara donate these funds to continue our work of Dhamma.

The above named group of Dhamma friends provided Damsara with funds during January 2017. Some of them are regular monthly Donors.

As a result they have joined with Damsara to distribute these Gems of Dhamma to the rest of the listeners, viewers and the readers in all parts of the world. There are so many who benefit spiritually and emotionally by listening to the talks, Dhamma Clips and discussions presented at Damsara. These Donors have actually taken part in spreading such fulfillment among other fellow human beings!

As a result Damsara has achieved 16.06% of the 13 months expense budget we targeted during December 2016.

Details for donating to Damsara could be obtained by clicking here.