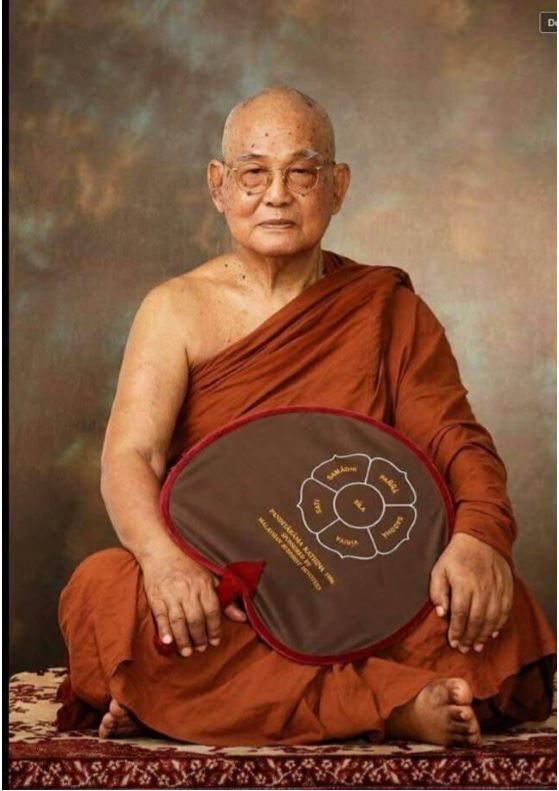 The late Most Venerable Sayadaw U Pandita (Ovādacariya Sayādaw U Paṇḍitābhivaṃsa) was one of the foremost masters of Vipassana meditation during our time. He was born in 29 July 1921 in Insein in greater Yangon, Burma during the British colonial rule. He became a novice at age twelve, and ordained at age twenty.  A successor to the late Mahāsi Sayādaw, he has taught many of the Western teachers and students of the Mahāsi style of Vipassana meditation.

Soon after Mahasi Sayādaw died in 1982, Most Ven. U Pandita became the guiding teacher (Ovādacariya) of the Mahasi Meditation Center. In 1991, the Sayadaw left that position, founding Paṇḍitārāma Meditation Center in Yangon. There are now Paṇḍitārāma branch centers in Burma, Nepal, Australia, United Kingdom and the United States.

U Pandita became well known in the West after conducting a retreat in the spring of 1984 at the Insight Meditation Society (IMS) in Barre, Massachusetts in the United States. Many of the senior Western meditation teachers in the Mahāsi tradition practiced with U Pandita at that and subsequent retreats. The talks he gave in 1984 at IMS were compiled as the book “In This Very Life.”

He was the abbot of Paṇḍitārāma Meditation Center in Yangon, Myanmar. In spite of the advancing age, the Sayadaw lead retreats and give Dharma talks until his passing away. This great teacher of Vipassana meditation passed away on 16 April 2016. Most Ven Sayadaw U Pandita is known for teaching a rigorous and precise method of self-examination. He taught Satipaṭṭhāna or Vipassana meditation, emphasizing Sīla or moral discipline as a requisite foundation. He was also an erudite scholar of the Pāli Tipiṭaka or Theravāda Buddhist canon.

2 thoughts on “Most Ven Sayadaw U Pandita Maha Thero”